Upcoming Events
Australian indie artist Stella Donnelly on her upcoming Japan tour
Patrick Balfe
Garnering attention with her 2017 single “Boys Will Be Boys” Stella Donnelly was soon signed to Secretly Canadian records, and released her debut EP in 2018, then Beware of the Dogs album in 2019. Following her debut Japan performance at Fuji Rock 2019, Donnelly returned to Japan for a run of shows which sold out on the same day as the tour announcement, with additional shows added in each city. Now, after three long years, Donnelly is returning to Japan for a run of shows in support of her sophomore album Flood which was released in August and is already receiving critical acclaim. Metropolis spoke with her about her previous trip to Japan, her new album and her upcoming shows.
Metropolis: You played Fuji rock in 2019, followed by a run of venue shows, how was your experience last time you were here?
Stella Donnelly: It was so immense and just such a fantastic experience for me. I really, really, really enjoyed getting to know the people who have listened to my music in Japan and getting to explore Tokyo and Osaka. I just found it just a really joyful experience and it was a very kind crowd to play to in terms of the gig itself. I feel very privileged to be able to share my music in Japan and come and play.
M: Was that your first time coming to Japan? Or had you been here previously?
SD: No, Fuji rock was my first time so that was such a crazy experience. Obviously there was the typhoon that year and thankfully I was in the big tent. It was so different from when I returned in December. So I’ve been very lucky to see these two very extreme sides of Japan, it’d be nice to come in spring sometime.

M: It’s rare for international artists to gain a following here, how did the relationship with Japan develop?
SD: That’s a really good question. I’m still kind of scratching my head about it, to be honest. I know that there’s a shop called Journal Standard that put my photos on their T-shirts, and jumpers.  I hadn’t really heard of Journal Standard before so I didn’t quite know the scope and how big that was. I just thought it was a little shop but it turns out they’re everywhere. So that might have played into it. But honestly when I stepped out onto the stage at Fuji rock I was expecting to play to maybe 30 people or something like that but the tent was full. And I’m still really just trying to make sense of the whole thing. It was a very crazy thing for me because I walk down the street where I live and no one gives a crap about who I am and what I do so it’s a very different experience in Japan.
M: Your new album Flood has been out since August, you were working on it for around two years, how has it felt having it out in the world?
SD: Yeah it feels good. This year was always going to be crazy for a lot of musicians. Coming back after COVID and getting to tour again was always going to be quite intense. So I’ve been touring pretty heavily since the start of the year and I’m in Leeds right now and we’ve got our first show of the UK tour tonight. So that’s kind of been a distraction from how the record is going. But I do get to see what the crowds are singing along to and whether they are actually singing along to any of the new ones. I think that’s the best way to gauge how well your record is doing, by sussing it out with the fans that have always supported your music and as long as they’re happy, that’s great. And as long as I’m enjoying the show, and I’m enjoying delivering the songs then I’m pretty happy so it’s going well so far in that sense. 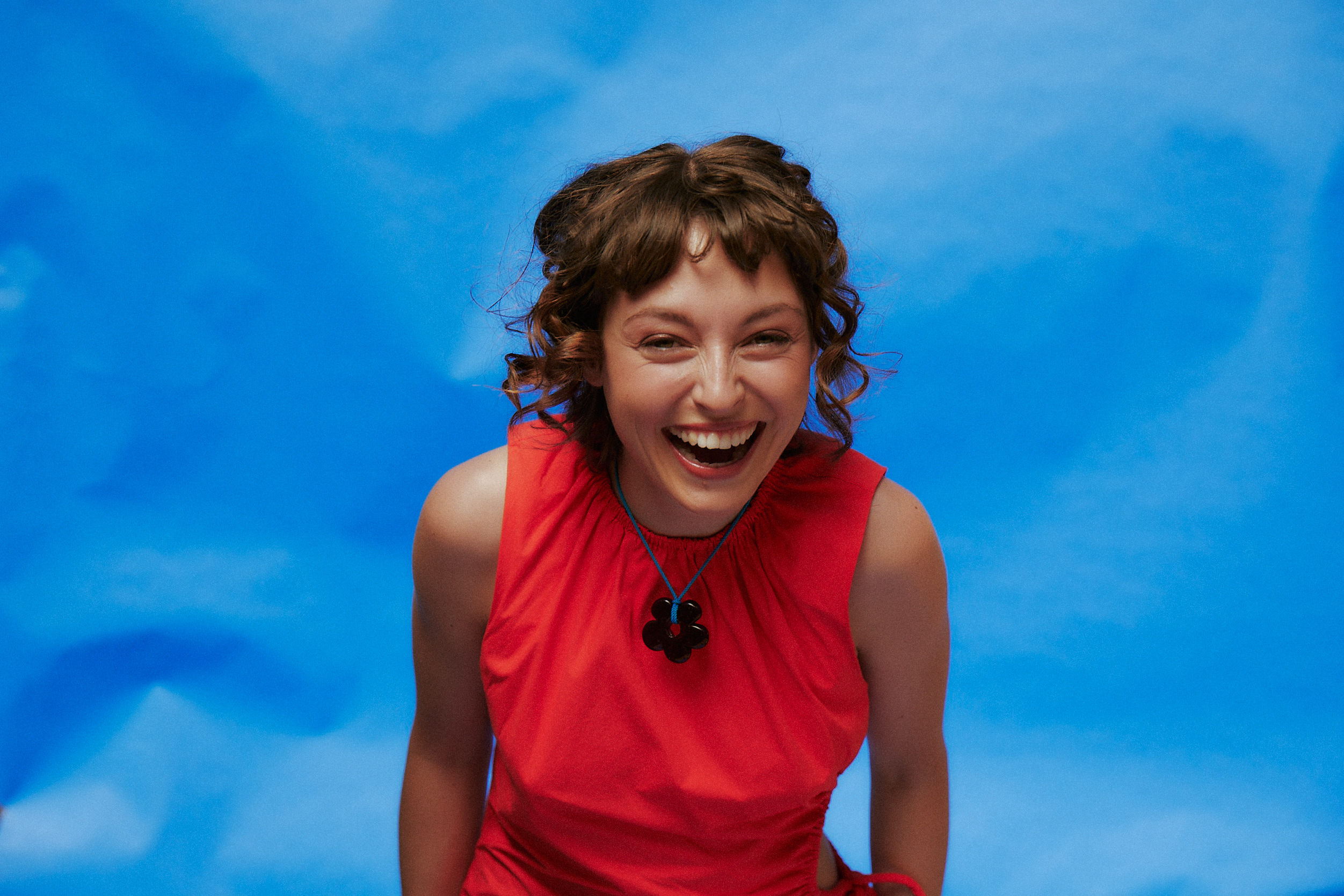 M: A lot of this album was written on the piano which is not your first instrument. Can you explain what prompted this decision?
SD: Honestly, and you know—I hate to be that cliche of talking about lockdowns and COVID—but it really was the fact that there was just so much time to do things and spend time in your day that I started playing piano again. I just had the time to get better and better at it. And I don’t think that would have happened had we not been in lockdown, I just had so much more attraction to the piano. It was sitting in the kitchen so it was quite accessible, I didn’t have to go and plug in my amp and my pedals and all of that like I do with the guitar, it just was just there. It kind of called to me everyday and I was building on songs. Honestly it was just the time I had to kind of work on it.
M: The new album has a lot of extra backing vocals and instrumentation like percussion, piano, saxophone and flugelhorn. Was this a conscious decision going into the writing process, or more of a product of how the songs developed?
SD: Not so much the writing process. When I write it’s very much just the piano, the lyrics and whatever vocal melody I’m doing or the guitar lyrics and vocal melody. And then I sit with it and go, right, does this need anything else? And for some songs, it’s like no. piano, vocals, done kind of thing. And then for others I’m like, okay, how do I tell this story? What needs to be added? What needs to enhance this? And so, I did have it in my mind that I wanted flugelhorn on the record, I just really think it’s a beautiful sound. I think it’s much gentler than a trumpet, it’s got more roundness and it kind of sounds like a voice in a way. So that was always an instrument I wanted to have. And I did want male backing vocals, I did want some more deep vocals to add as well. I just found that the humming sound is really natural and I feel like those sounds I really enjoy hearing in other people’s music. I listen to Adrianne Lanker’s stuff and Big Thief and Aldous Harding and even older PJ Harvey stuff, and I always found those backing vocals that are kind of drifting through the songs really special. So that was something I wanted to try and do with my songs.

M: With all the extra elements, what was the process like getting the new tracks ready to play live?
SD:  That’s been fun. It’s been kind of like putting a jigsaw puzzle back together but I made the jigsaw puzzle. I’m a big fan of us playing everything live and not relying too much on backing tracks. We’ve got a couple of songs where there’s a little drum machine happening in the background, but for the most part we’re trying to emulate what we did in the studio but also bring it to a live format. I’m not one of those people that needs everything to be perfect so I’m happy to kind of move things a bit and create more of a stage show. So that’s been really enjoyable. It’s been a little bit stressful, but for the most part it’s been a good challenge.
M: How have the shows been so far?
SD: We finished our US tour a couple of weeks ago and that was really fun. I’ve been putting a request element towards the end of the set. I’m like, three songs, what do you want to hear? Just because I’ve got more songs than I have time now, which is a treat. It used to be that I wouldn’t have enough songs to fill a set. So that’s been really cool, hearing what people want to hear. And it really does change every night, depending on the city and who’s in the crowd and stuff like that. So that’s always kept the shows very exciting for me, because I’ve got to kind of be on my toes and be ready to play a song that I might not necessarily have practiced. But the shows have been great, the crowds have been really lovely, and really nice and just really polite and respectful. And I’ve had some great supports on the shows, and the crowds have been turning up early to watch them as well, which has been awesome.
M: So there’s a Japanese gangsta hip-hop trio called Namedaruma and one of their songs “SPACE BALL” samples your song “Mosquito.” In your recent interviews you’ve mentioned the influence of Billy Bragg on your production. Have you thought about the influence you provide to younger artists?
SD: I have not thought about that, honestly. That’s such a lovely thing, too. I only just found out about that a few weeks ago, someone from Japan was at my show in Portland and they showed me the song and I was just like, wow, that’s that’s incredible! So yeah, I don’t think about that actually. I often feel like I’m just too influenced by other artists to have my own sound. So that’s always the way, I guess, you’re not aware of what your sound is. I don’t try to strive to have my own thing, I guess it just happens. But that’s really, really cool, I’d love to meet those guys someday.