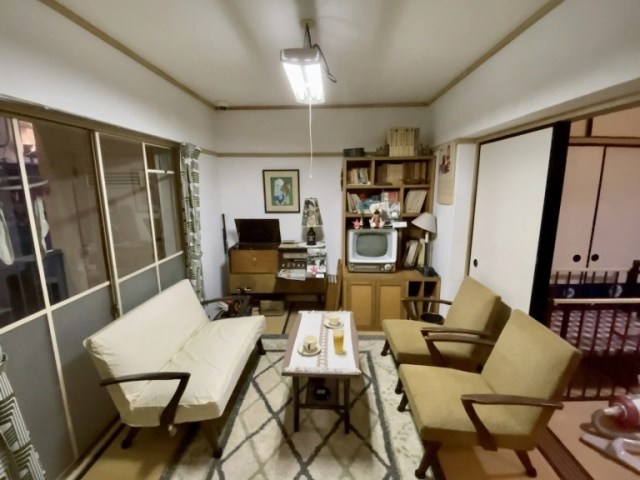 Matsudo Museum recreates Tokiwadaira Danchi, and a day in the life of old-school Japan.

The Matsudo Museum is all about life in the town of Matsudo, Chiba Prefecture. That might sound like a pretty narrow focus, but the museum takes a deep look at the subject over the course of 30,000 years, from the Paleolithic Age to the modern era.
▼ Entrance to the Matsudo Museum


The facility has the usual displays of archeological artifacts and artist-rendition dioramas you’d expect of a history museum, and they’re all interesting in their own ways. What really sets the Matsudo Museum apart from other museums, though, is its amazing Tokiwadaira Danchi recreation.

Tokiwadaira Danchi was a group of apartment blocks built in Matsudo in 1955. At the time, Japan was just beginning to recover from the devastation of World War II, and modern apartment buildings were seen as a symbol of hope and the first taste of the coming post-war prosperity that the country and its people would enjoy.

The real Tokiwadaira Danchi had roughly 4,800 units, so obviously the Matsudo Museum didn’t rebuild the whole place. The partial reconstruction’s exterior is extremely accurate, though, but what’s even more amazing is the fully recreated interior of a Japanese apartment as it would have looked in the early 1960s.


Depending on how old you are and where you grew up, entering the apartment can either feel like you’re taking a look into someone else’s life or going back to your own childhood home.

Stepping through the entrance, look to your left and you’ll see the kitchen. It might look pretty quaint by today’s standards, but back in the mid-Showa era, the dual stove burners connected by a hose to the gas line, and the electric-powered ventilation fan above, were fancy new niceties.
▼ As was this electric rice cooker

Instead of sterile showcases, the household items are out in the open, and positioned to look as if they’re still being used on a daily basis by the apartment’s occupants who just happen to be out at the moment.

Heading into the living room, the TV, radio, and record player would have provided all the entertainment the family needed in the pre-Internet era, and there’s another sign of the times in the contrast between the furniture and flooring.

At this point in Japan’s history, sofas, chairs, and other western furniture to lounge in was becoming increasingly popular. However, hardwood flooring and carpeting were still relatively rare.

The result was Western furniture and old-school tatami reed flooring in the same room. While this combination isn’t unheard of present-day Japan, it’s becoming less and less common, but in the 1960s it was still quite often the norm.

Other amenities of then-modernized life that you can spot in the apartment include the washing machine, installed out on the balcony…

…the sewing machine integrated into its own desk…

…and the flush toilet.
▼ The sign on the lid informs guests that the toilet is for display purposes, and not to be used, so make sure to use the museum’s actual restroom if you hear nature’s call.

The biggest shock, though, is how different the bath looks from what we’re used to today. The tub and floor are wood, and there’s no hose/shower head for rinsing with. Instead, you’ve got a tap and wash buckets, which you can fill up with water and then splash over yourself.